Fr. Anthony de Verteuil C.S.Sp. is the former principal of St. Mary’s College, a historian, and a renowned academic who has produced several books on the history of Trinidad and Tobago (listed below) 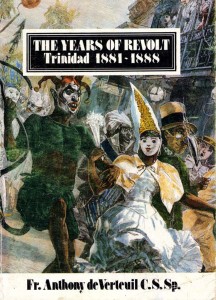 ‘The Years of Revolt’ is a book about ‘the revolt of the blacks – the Carnival riots of 1881; the revolt of the Indians – the Hosay riots of 1884; the ‘revolt’ of the whites – the Reform movement of 1887′. Fr. de Verteuil, in his look into this important and formative era of Trinidadian history, gathers extensive research to create this compilation on one of the most critical decades in our country’s history. 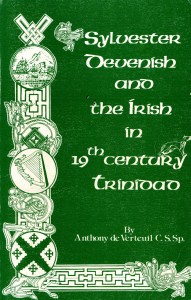 Sylvester Devenish and the Irish in the 19th Century Trinidad (1986)

‘Sylvester Devenish and the Irish in the Nineteenth Century Trinidad’ is a strictly historical social work intended to contribute to the knowledge of the social history of Trinidad during the 19th Century. While delving into the roots of Trinidad’s Irish families, it provides ‘a somewhat wider perspective, for since the Irish did not themselves determine the state of society but rather conformed to it, the glimpses we get of their lives provide a picture typical of Trinidad at that time.’ A stimulating read for all those interested in our country’s Irish roots. 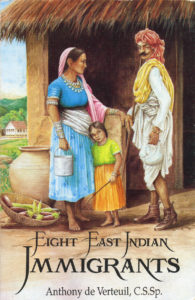 The lives of the eight first-generation East Indian Immigrants to Trinidad form the basis of this study. In a very general way their stories are all the same. In India, ‘money was a problem’, and so they all came penniless to Trinidad and found their fortunes, or at least a new life, there. But in many important ways these immigrants differed from one another: Gokool, a Muslim, won his wealth through the cinema; Bunsee Partap’s Land floated on oil; Capildeo was a Hindu Pundit; Soodeen a Presbyterian catechist.
This little book in relating the story of interesting individuals tells also the tale of all the Indian immigrants: how they were recruited, the voyage to Trinidad, the labour on the estates, and life after the end of indenture.

This great book by Fr. Anthony de Verteuil highlights the history of Diego Martin and is possibly the first published work about a specific area in Trinidad and Tobago. The book’s in depth content does well in promoting interest in the local history of Trinidad and gives great insight into the many different peoples that, at one time or another, settled in the Diego Martin Valley. 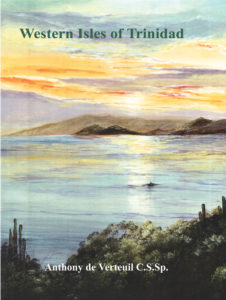 Fr. Anthony de Verteuil, a well-known author about Trinidad’s history with a large number of titles published over several decades, wrote this charming and interesting book about “Down the Islands”. The small and tiny mountaintops that peep out of the ocean between Trinidad’s westernmost tip and Venezuela’s Paria peninsula have traditionally been the place for weekend homes of many of the country’s old families, and generations of children virtually grew up there, learning about the sea and about boats. But there is more to the history of the Western Isles: historical battles were fought between them, pirates hid their loot there in sheltered coves, and the largest centipedes ever beheld by mankind live in their undergrowth!